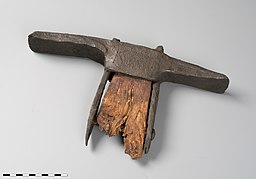 Grimm (Librivox): Fairy Tales by the Brothers Grimm Clever Elsie A girl, Clever Elsie, was to be married A man came to woo her, Hans, and said that she should be really smart if he was to marry her Said if she wasn't actually smart, then he wouldn't marry her At dinner, her mom asked Elsie to get some beer from the cellar She got a chair so she didn't hurt her back As she left the beer running into the pitcher, she saw a pick-ax the masons had left She thinks that if she and Hans were to have a kid, then the pick could fall and kill their son, so she began to weep A servant was sent down to find Elsie when she had not come up for a long time The servant heard Elsie screaming and weeping, and when Elsie explained why she was doing so, the maid began to weep with her, saying how clever she was A boy sent down and the same thing happened And then the same with the mom Then the father, and once again the same occurred Hans finally makes his way down there and Elsie explains th
Post a Comment
Read more

The student had spent three hours straight perfecting their final. It had been a long semester in Cell Biology, but they could finally see the light at the end of the tunnel. Saving the final and turning it in, the student then went about their day, studying for their other finals.     Waking up the next day, the student found an email on their phone saying they would receive a zero if they didn't turn in their exam. The student had somehow managed to turn in a blank exam. After having a breakdown for five minutes, the student went about trying to find where their work had gone.      The student manage to find their final with  their answers and turned it in to their professor, getting an 89 on the whole thing. Basically my worst nightmare Author's Note:     So, I did microfiction again! But this time I used a personal story from last semester. Somehow I had managed to save my file with my answers in a different place. Thus I ended up turning in a blank final exam, which
Post a Comment
Read more

Margaret Hunt's  Household Tales by Jacob Grimm and Wilhelm Grimm Bearskin A young soldier fought in battle and when war was over, he was dismissed His parents were dead so he went to his brothers to ask them to take him in til war began again, but they said he could not do anything for them so he should make a living for himself So the young man was left with his gun, no money, and no trade He sat under a circle of trees when he saw a man with a cloven foot The man says he needs to know that the young man is fearless before he can give him money To prove the soldier is fearless, the man tells him to turn around, where he sees a bear The soldier shot the bear through the muzzle without hesitation the man then says there is another condition to meet He says the soldier can't bathe, comb his hair, cut his nails for 7 years he will be given a coat and cloak to wear within that time If the soldier dies during this time, he is the man's, but he will go free with riches if he su
Post a Comment
Read more

Margaret Hunt's Household Tales by Jacob Grimm and Wilhelm Grimm Thumbling   (2)   (3) The story begins with a peasant couple lamenting that they have no children The wife said she would be happy if they even had a kid the size of her thumb The wife became ill and gave birth to a thumb-sized child, which they named Thumbling As the kid grew up, he excelled at everything he did His father once went into the woods and wished someone could pull the cart for him, THumbling told him he would get it done The wife equips the cart with a horse and Thumbling spoke in the horse's ear as he was making his way, two men saw the miraculously moving cart and followed it Upon seeing the small kid, the two men offered to buy him from his father, who refused But Thumbling told him to sell him, for he would come back soon Thumbling slipped into a mouse-hole, escaping the men, and they were forced to head home After the men left, Thumbling found a snail-shell to spend the night in, as it was too d
Post a Comment
Read more

There was once a famous cook, Jeanine, who could cook any individual a meal they were sure to love. Many were amazed at how the chef could instantly guess what kind of food an individual would like with just one glance. For months, the chef and her restaurant were the features of many news stations and magazine articles. The hype eventually died down, but it was still well known that the chef's restaurant was a necessary stop when in the town of Pixie, Missouri.      Jaxton, a young man fresh from culinary school, had always been amazed by the stories of Jeanine. In fact, he had become a chef so that he could someday impress people just like she had. Jaxton lived a couple towns over from Pixie and, after graduating culinary school, he decided to move to Pixie to work in Jeanine's restaurant. He had anxiously awaited a response after he had put his application in. Not even a week later, he had been called in for an interview and offered the job. The new chef was ecstatic!
Post a Comment
Read more 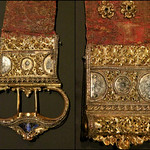 Faerie Queene by Mary Macleod How Britomart did Battle for the Golden Girdle Last day of the tournament Satyrane was powering through field covered in broken weapons and shields and horses running wild Knights of Maidenhood coming out on top Then Artegall showed up, and quickly strikes down the other competitors Satyrane and his band left the field Prize for this was the golden girdle, which many wanted for selfish reasons, as it gave gift of constant love It would loosen on those who were false and fickle though Britomart won in the third day of the tournament and was given the girdle This kinda pissed Artegall off
Post a Comment
Read more
More posts